The Return of IROMG 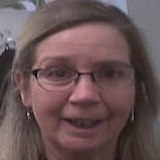 Oh dear. Think MG has been reading too many Gaunt tweets.
"Couldn't happen to a better bigot" - Pete Prrrrrrrrrrrrodge

His attempt at putdowns are almost as bad and predictable as Gaunt. Childish in the extreme.
'I say if the flats aren't good enough for you, why don't you f... off back to Somalia' .........Jon Gaunt
Top 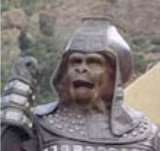 kevin04 wrote:I like MG, but his ego is off the scale. Some of the Tweets are trolling or firing back (at a lot of arseholes - the Dacula lot etc) but still, he can be ferocious and occasionally way too far at times.

His show isn't as good as he likes to think it is. Just like he blagged football, he's blagging this political malarky too, e.g listen to the difference between his Election show today and Iain Dale's right now on LBC - night and day - and he's trying to promote himself as a balanced/straight down the middle/no agenda broadcaster yet he's very much pro-Brexit ; pro Piers Morgan. And whilst again, I don't share much in common politically with Andrew Neil, I recognise he is an excellent broadcaster and gives it large to every politico including Ben Shapiro who refereed to him as a "hard leftie" a few weeks ago!

O'Brien is terrible, but MG can be amusing especially if he ruffles up a snowflake or someone but he's a lot softer on Brexit Party types. His best stuff is when he's more light-hearted or rolling calls from el locos.

The Galloway thing will surely end in tears. George is teetotal, and seems like he hates pubs and pub culture. Will he put up with a tour and booze etc if they become a success?

I think he was in the right regarding the Parry break up at the time, but the odd occasion he's spoken about it, its been pretty nasty and vitriolic about Porky. Not great, especially after the bond they did have together, although who knows maybe Porky went way over the score behind the scenes, and I don't know exactly what went on with them - but if it was all due to the Porky pissed up Tweet at their pal Donald - then MG is surely taking this far too much to heart. He does have an incredibly thin-skin and gets uppity if someone has a go at him.

Just a bit strange his behaviour of late.

Interesting comments too about his 'Gaunt' levels of thin skin.

I wish he'd stop with all this 'troll destroying' bollocks on Twitter because it's not making him look good and his long term fans are starting to notice and complain.
Top

Holden Mcgroyne wrote:His attempt at putdowns are almost as bad and predictable as Gaunt. Childish in the extreme.

He's better than this.
"Couldn't happen to a better bigot" - Pete Prrrrrrrrrrrrodge

Graham did his first podcast with a guy called Matt Kelly who I'd not heard of. Read a piece about him in Private Eye, obviously someone else did too

Blimey. It's all very bitter isn't it.

I thought the break up was partly motivated by publicity but I'm sensing the animosity is really genuine.
Top

The animosity has been one way so far from what I've read, now Porky has fired back it could turn really vicious.
'I say if the flats aren't good enough for you, why don't you f... off back to Somalia' .........Jon Gaunt
Top

I thought the break up was partly motivated by publicity but I'm sensing the animosity is really genuine.

How much bollocks can anyone take from the ginger Pisspot Parry? I'm surprised MG took it as long as he did.
"Couldn't happen to a better bigot" - Pete Prrrrrrrrrrrrodge

Time for both of them to flock off, I think. Very unseemly stuff.
Top

Tried MK's podcast with Matt Kelly, won't be bothering again. Got 2 minutes into Porky's, even worse.

The link to the Comedy Store show he was doing with Galloway doesn't work, take it that's been canned.
'I say if the flats aren't good enough for you, why don't you f... off back to Somalia' .........Jon Gaunt
Top

Matt Kelly did a fill-in slot on one of the talk stations (either LBC or Talkradio) a while back. Wasn't particularly listenable.
"talkFORUM royalty" - thursty.
"Talkforum's Alan Whicker! " - kevin04.
"Cunt" - sjbarca
Top

Heard an episode and a half of his Thought Police podcast with Kelly.

The audio levels were appauling, could hardly hear what Kelly was saying a times. Maybe I missed more of the profound or funny moments, but I can't recall anything of note in it.

I'll give it a go again, but you are not missing much. Basically two mildy interesting people discussing Brekzit and current affairs, and there are hundreds of better and thorougher broadcasters already doing that.
Bellend. Rupert Bell fanclub - MEMBER.
Top
Post Reply
825 posts