What are you playing?

Red dead is just a rehash of the first game. There are lots more imaginative games out there.
Top

theleader82 wrote:Red dead is just a rehash of the first game. There are lots more imaginative games out there.

Thanks for that
Cunt
Top


Yep, brilliant game.
Perfect for a quick half-hour thrash.
'How important was it, psychologically, to get a result here tonight?' – 'Very psychological.'
Top

theleader82 wrote:Red dead is just a rehash of the first game


Rubbish. It's 10 times what the original game was.
'How important was it, psychologically, to get a result here tonight?' – 'Very psychological.'
Top

Dusk on the PC.

A throw back to the original Doom and Quake games.
A joyless arsehole.
Top 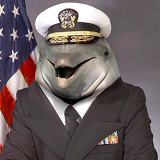 A throw back to the original Doom and Quake games.

Completed Hitman 2 for the PS4 the other day. Good game which needs me to go back over and do the missions proper, not do them trying to knock everyone out.
"My Profile Signatures Were Crap, So I Got Rid Of Them."
Top

playing one of last months psplus games, SOMA, its decent, creepy and weird, think Ive figured it out though, its slightly too obvious whats going on, but its an interesting concept.
Build Back More Betterer
Top

Celeste (Swtch) / DeadCells (Switch) / Enter the Gungeon (Switch) / Dead Rising 1,2 and 4 til RE2 Remake drops for PS4.
"My Profile Signatures Were Crap, So I Got Rid Of Them."
Top

Assassins Creed 4 Black Flag. Great, but sadly too easy.
“Ordinary men hate solitude. But the Master makes use of it, embracing his aloneness, realizing he is one with the whole universe.” ~ Lao Tzu.

"The world needs bad men. We keep the other bad men from the door". ~ RC, True Detective.
Top

Bloodborne. Just beaten vicar Amelia. Once you get into it it’s a great game
Top

Resident Evil 2 Remake. It's freaking scary and has made me jump several times. It's head and shoulders a damn decent horror survival game which honours the first RE2 but changes enough to make it fresh with damn fine graphics!
"My Profile Signatures Were Crap, So I Got Rid Of Them."
Top

Decided to go Ballymena Utd for some reason. Managed to get to the last Champions League qualifying round before being hammered by Basel, but then automatically went in to the Europa League - drawn with Chelsea, Galtasaray, and Club Bruges aka Played 6 Lost 6 GD - 22 - but one hell of a ride, etc.

Going for the Northern Irish (what's the word for five trophies?) :

Irish Premiership - near Christmas time, and 2pts clear of Bas' very own, Glentoran. We were playing 3 games a week thanks to the EL schedule and the useless IFA making us play on a Saturday.

Bet McLean Cup - The League Cup. We're in the Semis.

Irish Cup - Sixth Round draw and we've drawn someone I've never heard of Portstewart, so hopefully its a win and on we go.

County Antrim Shield - we won this, and beat Crusaders in the final. I'm guessing by its name its a wee Antrim only cup.

Mostly Irish and Northern Irish lads at the club apart from a Ghanaian legend called Basit Umsar - banging in the goals, but doesn't want to stay as we can't match is ambition. FFS, laddie! We just played and scelped Legia, Ludograts and Sloven Bratislava along with those Europa League games - which we were hammered in - and we're a part-time team.

I'm in my second season. The board aren't willing to give me a lot of cash, so relying on free transfers, talent and a bit of luck. Tried to sign Chris Brunt on a free, but he rubbered that.

My only job offer has been from a 10th place League of Ireland team - Bohemians - which I turned down.

I may well start a new save soon with a new team, country.
Bellend. Rupert Bell fanclub - MEMBER.
Top

I've now got the Northern Ireland gig as well.

Our Nations League group is - Belgium and Germany. So that'll be four losses.

Set up friendlies against Canada, Iceland, and hopefully a couple of diddies to get my win rate back up

Still got the Ballymena gig too. A new board, who have pumped in some money but still can't afford anyone of note. Got Paul Paton on a free, Levi Ives - a promising NI U21 - along with a couple of culchies from Sligo and Donegal.

We've just beaten Partizani of Albania (4-2 at The Showgrounds and 0-1 away in Albania) and in to the Europa League group stages for the second year in a row.

We won the quadruple. Lost the Irish Cup final to Larne! Gutted.

Pre-season was a wee tour to the homeland - playing Stenhousemuir, Falkirk, Arbroath, Bonnyrigg Rose and Hurlford.

Group stage draw coming up. We're ranked 4th so, if we can get a point, it'll be a success campaign.
Bellend. Rupert Bell fanclub - MEMBER.
Top
Post Reply
224 posts