If you were in it last season and have signed up to the FPL site then you are automatically re-entered.

Currently the league consists of:

We Mossad '49ers have now joined that illustrious group of teams.
https://www.gwt.org.uk/

'ave it.
I might have done one - not sure but possible. 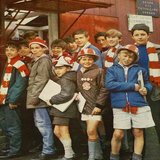 The game of moans is about to begin
Bring on "The Clutcher :)

I'm back and no doubt in for another tough battle to avoid coming last.

After Guardiola cost me plenty of points with his bizarre team selections last season, I've vowed not to pick any of City's outfield players this season.

Surely even Pep wouldn't drop his brilliant 'keeper, would he? 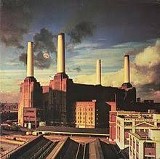 Many players rose to the expectations such as Sterling's hattrick, Kane scoring in August and points all over the shop. However here our week one leader, Mighty Blues, broke the ton thanks to 29 points coming off his bench.

I’m glad I picked pukki in my team, wish I’d made him captain now
MJInnocent

theleader82 wrote:I’m glad I picked pukki in my team, wish I’d made him captain now

I also picked him and very nearly made him my captain but I opted for Aubameyang in the end.

At least the Arsenal forward scored to soften the blow a bit.

Harry Lemon wrote:After Guardiola cost me plenty of points with his bizarre team selections last season, I've vowed not to pick any of City's outfield players this season.
Surely even Pep wouldn't drop his brilliant 'keeper, would he?

I made this vow mostly because there were times last season when I picked Sterling(and probably made him my captain), only to see Pep leave him on the bench for about an hour!

So I haven't been too happy to see him score four goals in two games!

I wish I hadn't picked Ederson either!

He kept a clean sheet last week but I didn't get any of his points because I started Alisson, who came off injured after 38 minutes and scored 1 point.

I started Ederson this week but he let in two goals......

Still, I'm on course for another half-decent week and I'll be happy to hover about mid-table all season after two disastrous campaigns in a row.

Week 2: Lucky Pukki owners soaked up his hat trick points this week, leaving th erest of us to wonder who he is.

My decision to use my Bench Boost this past weekend didn't really pay off, as I only got an extra 10 points.

Thankfully, my captain Jimenez scored a last minute penalty, so it was another decent week in the end.

Points coming from all over this round, leader Weekend Warriors captained Abraham whilst second place Harrys Lemons captained Aubameyang. Vardy and Augero also got bumper point hauls meaning possibly a rethink of squads over the international break?

A reminder that the International break is over and the next deadline is Saturday at 11:30.

If you are thinking of bringing in Vardy to face Man utd's defence, or Aguero as he is in beast mode; do it before that deadline.
Done the double! League and cup winner: Fools Panel season 2017/18 (A).
Post Reply
36 posts

Users browsing this forum: No registered users and 1 guest